What are the best foods in Bangkok?

Pad Thai is probably the most popular Thai dish for westerners and I’d be remiss if I didn’t mention it off the top. It’s also among the most popular street food dishes, and many Bangkokians feast on it for quick lunches during the work week. If you aren’t already familiar with Pad Thai from fusion joints back home, it’s a dish made from long rice noodles stir-fried with shrimp, bean sprouts, tofu, egg, chilies, peanuts, and fish sauce, and served alongside lime halves that you can use to flavour the noodles further. There are other variations to the dish, such as substituting chicken for shrimp for those who dislike shellfish, or serving it all wrapped up inside an egg, but the essentials are always the same. It’s a hard dish to dislike, as the ingredients combine to create savoury flavours that are very addictive.

You’ll find Pad Thai on almost every single menu in Bangkok, but if you want the real deal, head to one of the popular street food areas, either the Sukhumvit Soi 38 Food Market (although many of these stalls have relocated due to construction) or Yaowarat Street (Chinatown), and buy it from a stall. If you’re wanting to try the most famous Pad Thai in the city, and arguably the world, head to Thip Samai, just across the water from Wat Saket. The restaurant serves a variety of Pad Thais, including a popular style that’s wrapped up in an egg omelette. The place has a Michelin Star, so expect lineups, although the chefs are good at turning around dishes as fast as possible.

Tom Yum Goong is so much more than simply Thai sour soup. And while Tom Yum Goong is on a lot of menus in North American Asian restaurants, these bland versions are pale imitations of the glories of the soup you’ll find in Bangkok. Tom Yum Goong is a spicy, savoury, somewhat sour soup made from a broth infused with lemongrass, kaffir lime leaves, fish sauce, lime juice, chilies, and shrimp. Coconut or evaporated milk is often added to thicken the stock and add a creamy texture, but if you’re lucky, the shrimp being used to make the dish will be fatty enough to add the creamy flavour itself. There are also variations of the soup made with pork instead of shrimp, so again, if you don’t like seafood, you’ll still find a Tom Yum Goong for you.

You’ll find Tom Yum Goong at both high-end restaurants and food stalls. It can be served in modest styrofoam bowls or large metal dishes set atop a flame to keep the soup consistently warm like a Chinese hotpot. If you’re looking for specific restaurant suggestions, seek out Krua Apsorn near the Democracy Monument or one of the many Sombon Seafood locations. But you’ll also find it at stalls all over the city, including the popular stall Tom Yum Goong Banglamphu, located a few blocks away from the party mecca of Khao San Road. 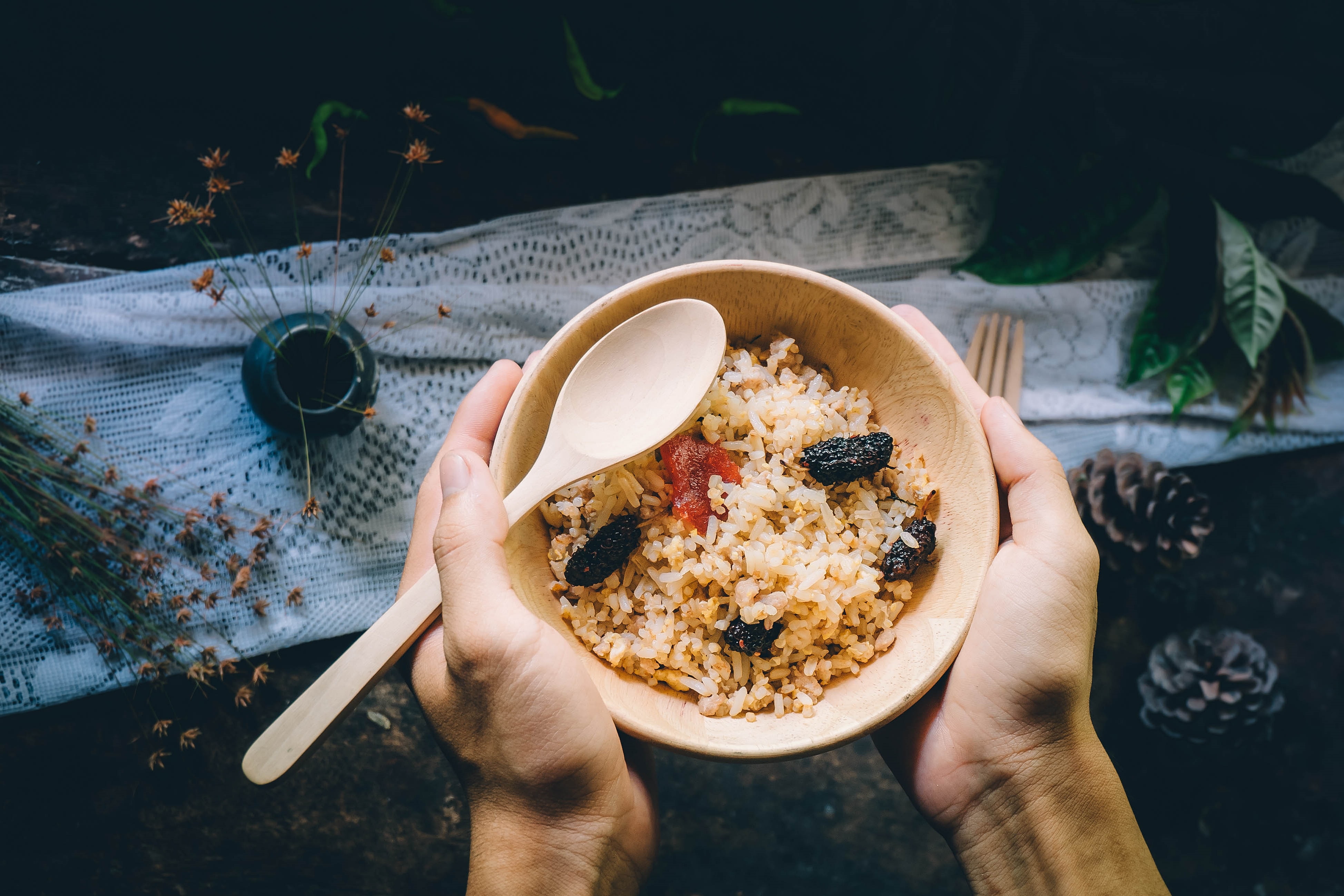 No Thai dish is as addictive or dangerous as Som Tam. I exaggerate, but this spicy papaya salad is so hot and delicious that you’ll keep chowing it down even as the spice wreaks havoc on your mouth and stomach. But don’t be daunted. Not all variations of Som Tam are blisteringly hot, so even if you aren’t one for spice, odds are you’ll find a Som Tam to enjoy. Som Tam is made from papaya that is thinly sliced by hand, or on a mandolin, and then crushed under a mortar and pestle to soften it up and combine it with the other ingredients, including tomatoes, long beans, chilies, garlic, fish sauce, and lime juice. Although the salad originated in Laos, it’s popular in Thailand and has become a fixture of its cuisine.

Like all of these dishes I’ve mentioned, you can find Som Tam on most menus while on Thailand travel. If you’re looking for specific suggestions, seek out Somtum Der Saladaeng just to the southwest of Lumphini Park or Som Tam Jay So a few blocks further west. Both of these restaurants are renowned for their salads as well as their other classic Thai dishes.

Curry? That’s it? I know—curry in and of itself is not a dish, but can describe an entire method of cooking in addition to the core ingredients of so many Asian dishes. But what I’m specifically referring to are the core types of Thai curry: Yellow, Red, Green, and Massaman. At many restaurants in Bangkok (and at good Thai restaurants in North America), you’ll have the option to choose between these different types. They’re all delicious but they do vary.

Massaman curry is the mildest of the Thai curries, and often uses red meats like beef, lamb, and mutton. If you’re not one for spice, Massaman is a good choice. Yellow is spicier than Massaman, but not overwhelming, and often combined with coconut to create a great, creamy flavour. It gets its colour from turmeric that’s added to the dish and is often served over rice or in soup dishes. Red curry is a bit spicier than yellow curry and uses chili powder and red curry paste to give its colour. Green curry is the spiciest of the Thai curries and gets its colour from Kaffir lime leaves, basil, and the fresh green chilies worked into it. It’s also cooked with coconut milk, so green curry is a great option if you want both spice and sweetness.

Curry is so common that you’ll find it on menus in Bangkok. The aforementioned Krua Apsorn has good curries, as do spots like the aptly named Smooth Curry and Queen of Curry. It’s important to point out that in North American restaurants, the levels of spiciness are often reversed, with red curry being the spiciest and green the least spicy. So if you’re familiar with Thai curry from North American restaurants, you may need to readjust what you order in Bangkok.

Boat Noodles or Kway Teow Rua are quintessentially Bangkokian dishes and you won’t find anything resembling them in restaurants in North America. These small bowls of slow-cooked broth, meat, dried herbs, and noodles get their name from the boats that used to serve them along the canals and rivers of the city in decades past. They’re typically made with pork or beef and come with a lot of broth that infuses the noodles with flavour.

Today, they’re popular street food items and can be had for shockingly low prices that are equivalent to around 40 cents. Of course, the bowls are very small, so you may want to order a few if you’re especially hungry. You’ll find a lot of good restaurants and stalls selling Boat Noodles around Victory Monument. But any of the aforementioned hotspots for street food will have stalls selling them as well.

Please contact me to learn more about Goway Asia. Reprinted with permission from Ensemble Travel Group

Important resources for travellers affected by COVID-19Read the Blog